Peer to Peer Lending is a still-novel way for real people to provide loans to other real people and businesses. The form originated around the turn of the new millennium and found its feet following the financial crisis of 2008. For lenders, P2PL can provide strong and reliable returns. But as with any investment, there are risks involved and lessons to be learned before P2PL can become a big part of your portfolio. We’ll talk about the rules, the risks, and the rewards inherent in P2PL, for investors new and old.

Why P2PL and Not Some Other Form of Investment? Investors shouldn’t think of P2PL as a replacement of traditional investment forms, but as a supplement. Any strong portfolio needs diversification, and P2PL can be an excellent source. Though returns are dependent upon the decisions made by individual investors, returns of 5-14% are commonly reported. Even the low side of this estimate will provide stronger yields than common real estate and bond investments, with the upper reaches often matching or exceeding annual stock market yields. With even the most modest returns, P2PL will outperform a simple savings account.

What Kinds of Returns Can Investors Expect? P2P lenders who accept high risk borrowers will offer very high potential returns to investors, sometimes as high as 25% or even greater. But with such borrowers comes a greater risk of default, and lenders will have to account for this in their expected returns. Some P2PL companies accept only the most highly qualified borrowers. These businesses and individuals almost never default and, as such, are given a much lower rate of interest. This results in lower returns for the investor, usually from 5-9%. Investors must evaluate each service to determine their acceptable levels of risk and reward potential.

What is the Default Rate for P2PL Investors? An investor’s expected default rate depends entirely upon the borrower qualification policies of each given P2PL company. Established companies like ZOPA advertise default rates as low as 0.17%! Other (failed) P2Pers like Quakle caved with near 100% default rates. The American P2PL company Lending Club accepts a wide variety of risk classes, each with its own average default rate and associated investor risk. Generally, the greater variety of borrowers accepted by a P2PL company, the higher the risk of default overall. However, each loan will be graded according to risk of default in order to give it the appropriate APR level. Lenders will know what they are getting into when they bid on a loan.

What is the Public Response to P2PL? Due to the variety in the market, there are responses of all types to the P2PL market. But for the most trusted loan providers, public response is universally favorable. Sites like ReviewCentre show hundreds of customer reviews for companies like ZOPA. TrustPilot is a similar review platform, with years of reviews on record. Reviewers like these are quick to point out poor examples of the P2PL community ethos as well. Finally, P2PL has been hotly followed by news outlets like the Guardian. If you have any questions about P2PL that aren’t answered here, a quick Google search will get you an answer.

What Does the Future Look Like for P2PL? P2PL is varied in its history and growth patterns. In the United States, much of the “peer” aspect of P2PL has been compromised, with corporations providing much of the backing for these nominally “P2P” loans. Several American P2PL companies still exist. In the UK, the P2PL model is much more robust, with several companies entering into their second decade of existence and expanding within the UK and into international markets. Many Australian P2PL providers now exist, and the model shows great promise for many other expanding financial markets. 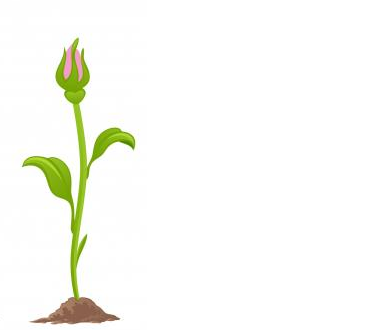 What are the Best Companies for New P2PL Investors? P2PL is a varied industry. Not every P2PL company will be a good choice for new investors. Investors desiring to get into this financial movement should look for 1) companies that offer simple, transparent terms for investors, 2) P2PL companies that employ a “Reverse Auction” style loan bidding format, 3) companies that publish annual returns, APRs, and default rates, 4) companies with a strong history for investors and borrowers alike. Examples include ZOPA, RateSetter, ThinCats, Lending Club, and Prosper, among others.